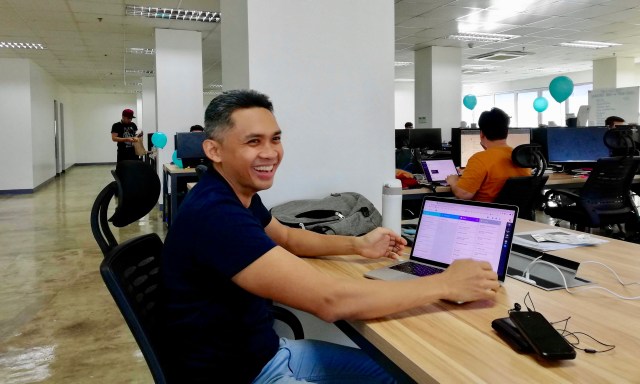 Angelo is all about the minimal lifestyle. After his “great banking purge,” he now owns only eight shirts and five pairs of shoes. Zero suits. He has four apps on his phone. He swears by eco-friendly products that leave less clutter and carbon footprint in the world. To Angelo, KonMari is not a fad, but a way of life. However, as Country Manager of Tala Philippines, his days are anything but minimal.

Angelo, and several team members in the Philippine office, usually begin work days with morning conference calls as early as 7 or 8AM, syncing up with colleagues from Tala’s headquarters in Los Angeles toward the end of their work day. “It’s definitely not for everyone. I think it comes with a certain set of expectations that your time will be stretched. It takes a lot of preparation and planning, being adaptable, being comfortable with the information you have, and having the guts to make a decision. But what I find most fulfilling about working with a global team is that you get to work with the smartest people around the world. I know that I too have to bring my A-game in order to deliver for my team.”

It’s not even 10AM and Angelo’s had at least 3 meetings already. He’s off to another one, an in-person meeting this time, with one of Tala’s current business partners.

After lunch, Angelo makes his way to the office on his scooter, dangerously braving the streets of Makati and Osmeña Highway. “This isn’t Santa Monica,” he’s heard countless times but he insists it’s the faster and more cost-efficient option. Plus, he enjoys talking to food delivery drivers when stuck in traffic, getting a real pulse of life in Manila on a daily basis. The office is newly renovated, a far cry from the scrappy space he set foot in when he first joined the company nearly two years ago. “There were wires everywhere. We were doing user interviews, KYC, basically everything in this small room. I just came from New York then and called my wife because I thought I got scammed,” he recalls, laughing. “We’ve come a long way.”

Before diving into financial services, Angelo was a lawyer in Manila for five years. He made a career pivot when he pursued an MBA at Duke University’s Fuqua School of Business and spent the next six years in Citibank New York, most recently co-founding a startup in Citi Ventures, which exposed him to the world of fintech and venture capital. When asked why he decided to go back to the Philippines, Angelo says, “Personally, I feel more authentic here. When I’m in the Philippines, I’m closer to my culture, my roots, my family, my friends. Happiness is a very complicated word, but one of the strongest inputs there is the quality of relationships we have. I want to find a place where I can be most true to myself and I want my kids to have that same experience. Professionally, I think the biggest opportunity is Southeast Asia. Southeast Asia is really a bedrock for innovation. We have funding, talent, and the market converging to disrupt financial services through technology.”

Angelo spends the rest of his packed afternoon catching up on Slack, getting work done on his own, and meeting with local leads for Growth and Operations. Internal meetings and whiteboard sessions with Angelo notoriously go over time. The same is true for unplanned chats, where his “Do you have a minute?” really means 20 minutes, and “Do you have 5 minutes?” is code for 45. His team can’t blame him. Angelo is a spirited and brilliant conversationalist. He brings energy into every meeting and challenges everyone to think 10X bigger, leaving people both exhausted and inspired. “He’s intense,” says Vanessa, user researcher for the Philippine team. “But the good kind,” she quickly adds. It’s not surprising that his energy and work ethic rub off on a lean team, which has been instrumental in catapulting Tala to the top of Google Play Store charts as the highest rated mobile lending app in the Philippines. To Angelo though, Tala has barely scratched the surface. “My vision for Tala is to be the leading mobile platform for bringing the most trusted, relevant, and accessible financial products for the unbanked in Southeast Asia. By bringing those products to the unbanked, we can graduate them up to the formal financial institutions.”

Raised in a culture that is known for its agreeableness, Angelo seems like an anomaly. He follows his instincts despite deviating from conventional practices; he constantly debates and asks the hard questions. His persistence has helped push local and global teams to rethink and act on strategies that continue to positively impact the Philippine business. However, he admits that it has also gotten him in trouble plenty of times. “If you’re the person leading the change, you have to put yourself out there. It’s a difficult dance. When you’re the fire-starter, you want to change things, but people have different temperaments and situations, so there’s definitely a psychological cost. As a leader, you have to make the hard decisions, and you don’t get to those decisions if you keep on being agreeable.”

Despite this, people know that Angelo only has the best intentions. He is passionate and generous, all stemming from a deep and genuine care and compassion for people. “That’s how my parents raised me. I guess I’m wired that way — to care for my team, to dive for the loose ball, to stand up for the people. Winning a business will take more than what I know. It’s not about me. It’s about the team, trusting each other and having the courage to push our services the best way we can to our customers who need us the most. Without that understanding, Tala will not be successful. If we invest in our people, the return in dividends will be significantly much higher. It’s one of the investments we have to make to move our business forward.”

Before heading out, Angelo never fails to approach his team and ask, “Do I owe you anything?” He is a wanted man, and tends to get pulled into different projects for support and feedback. But at the end of the day, he recognizes that his main obligation is to his team. At 5:30PM, Angelo heads home to his four bosses, his wife and three kids, where he says “the real work begins.” We don’t hear from him, as we shouldn’t, while he spends dedicated time with family in early evenings.

By 9PM, Angelo usually creeps up in Slack again, ending his day just as he started it, updating colleagues from the other side of the world.

Fond of analogies, Angelo explains that to thrive in a startup, one has to be like a duck — calm and graceful on the outside, but paddling vigorously underneath. Some may agree that Angelo is a duck, but with motor skills far closer to a jackrabbit’s. Others would say he’s a firecracker, but his fire never really goes out. Maybe he’s just fire, constantly burning, emitting energy and light. He didn’t sign off on this analogy, but as Angelo would know more than anyone else, sometimes you’ve just got to run with it.

Tala is operated by Tala Financing Philippines Inc., a licensed financing company with SEC Registration No. CS201710582 and Certificate of Authority No. 1132. Always study the terms and conditions and the disclosure statement before proceeding with any loan transaction. 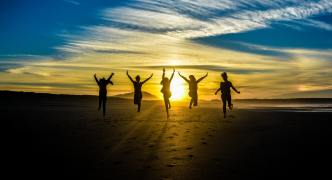 Without a plan, any goal is doomed to fail. Here are a few quick tips to help you achieve your goals! 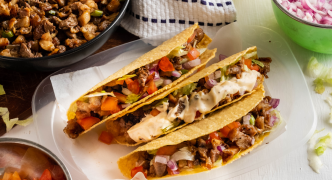 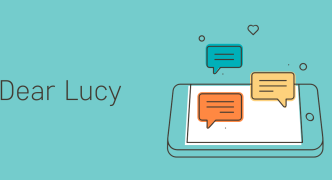 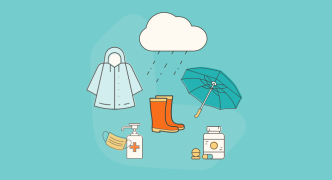 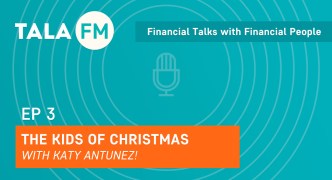 Where Are You Located?

Not in any of these locations?

Not finding what you're looking for?